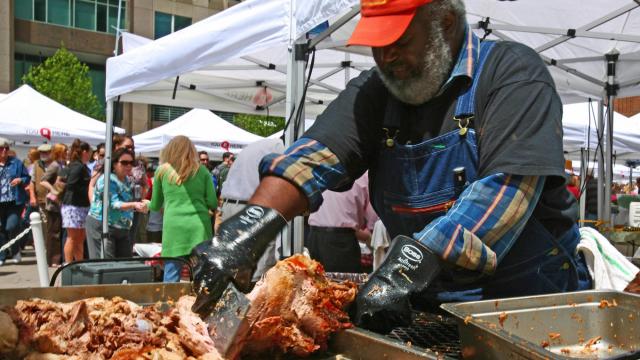 Raleigh, N.C. — Pitmaster Ed Mitchell is returning to downtown Raleigh. Ed Mitchell's Que will be among the first tenants at the upcoming Morgan Street Food Hall and Market, according to owner Niall Hanley.

Mitchell, the barbecue pit master who helped bring national attention to The Pit in Raleigh, recently launched Ed Mitchell's Q on Wheels food truck. In June, he announced plans to open a restaurant in Brier Creek. In 2014, Mitchell opened 'Que at the American Tobacco Campus in Durham. It closed less than a year later.

Hanley, who also owns Hibernian Co. and Raleigh Beer Garden, said vendors are still being sought for the hall. He also said he is looking to franchise his beer garden concept and is looking at locations in Charlotte

The Morgan Street Food Hall and Market is looking to open in spring 2017.

UPDATE: Ed Mitchell reported in November that he does not plan to move into the food hall.