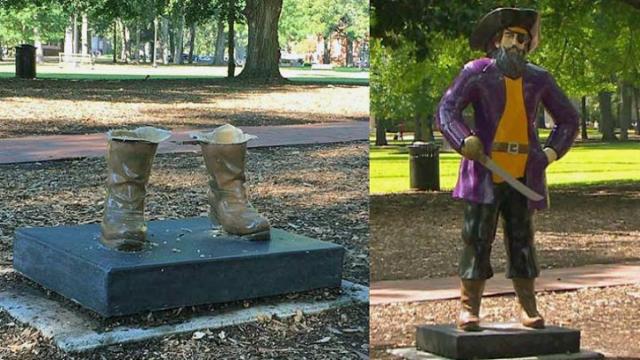 Greenville, N.C. — East Carolina University police are reviewing surveillance camera footage after someone vandalized a pirate statue on the campus mall over the weekend.

All that's left of the statue are the boots in the concrete stand. The statue is a popular photo landmark on campus.

ECU says the rest of the statue has been recovered and sent to a facility services warehouse to be repaired.

The same thing happened back in 2014 and the iconic statue was eventually put back in place.

That same year a pirate cow in front of the Rivers Building was twice tipped over by vandals.