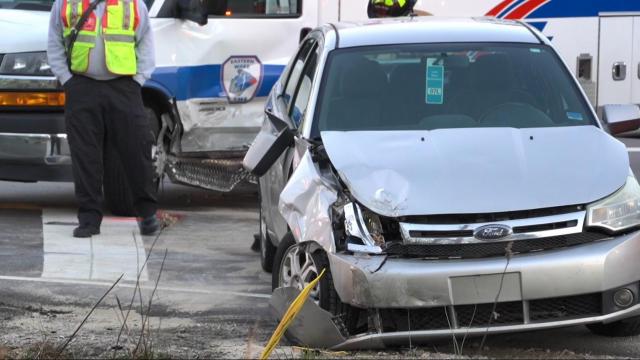 A crash between an Eastern Wake EMS ambulance and a car on Saturday morning left at least one person with minor injuries, according to officials.

The collision occurred at the intersection of Auburn-Knightdale Road and Rock Quarry Road.

There was no patient inside the ambulance at the time of the crash. At least one EMS crew member was taken to the hospital.

Officials said charges are pending based on the investigation.