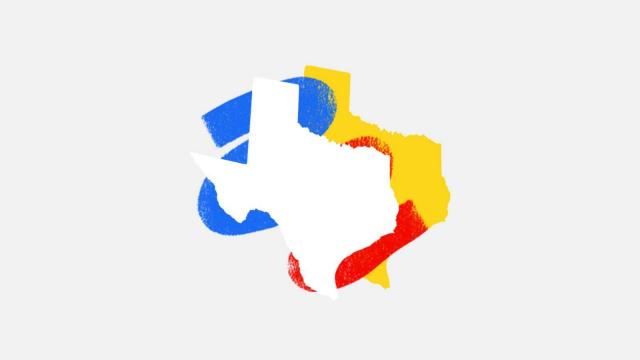 (CNN) — Early voting is a tricky indicator for predicting elections, since it's hard to know whether voters who cast ballots early would have voted anyway on Election Day but are simply doing it sooner -- or if they represent new voters altogether.

But one thing is clear: the share of younger people voting early in Texas and Georgia is far outpacing anything seen at this point during the last midterm election, in 2014. The trend holds for both those voters aged 18-30 and those 30-50.

And while the share of younger voters has gone up so far, the percentage of seniors over 65 voting early, even though they are still the largest single bloc of early voters in either state, their overall share has fallen sharply. The group between the ages of 50 and 64 stayed virtually the same.

Both states are the scene of closely watched races: in the Texas US Senate race, Rep. Beto O'Rourke is trying to unseat Republican Sen. Ted Cruz, while in Georgia Democrat Stacey Abrams and Republican Brian Kemp are vying to become the state's next governor in a contest that's largely mirrored the national political climate.

If these early voting numbers actually do turn out to be a harbinger of increased turnout among younger voters, that could be great news for Democrats. According to a Harvard Institute of Politics poll released earlier this week, voters under 30 are much more likely to say they'll vote now than they were in 2014, and they are a deeply Democratic-leaning group.

In most midterm election years, turnout among younger voters is meager in comparison to older voters. According to the Census bureau, just 17% of citizens under age 25 voted in 2014, compared with 59% of seniors.

The new data is not to say older voters still don't make up the biggest piece of the pie in early voting -- they still do. But in other key states, their dominance has barely budged since the last midterm election, whereas in Texas and Georgia a clear break in the pattern is evident.

Check out Arizona and Florida as a comparison to see what we mean: Despite hugely contested Senate races in both states this year, the age groups' share of early voting is largely static, overwhelmingly dominated by seniors just like they were at this point in 2014.

CNN is partnering with Catalist, a data company that works with Democrats and others, to compile these counts of early ballots cast before Election Day, either in-person or by-mail. Catalist compiles these data by matching ballot request and return data from official sources to their database of voter records. This allows for analysis of ballots returned based on voters' partisan affiliation and certain demographic traits.

Here are the total ballots cast so far in several key states with a high percentage of early or absentee voters, plus a comparison to votes cast at this point in 2016 and 2014.\

In several states the vote count is approaching what it did during the presidential election year in 2016 -- which is notable because generally fewer people vote in midterm elections than presidential ones. That could either represent greater interest in the election or be part of a steady trend toward more Americans choosing to cast their votes early. Or both.

Keep in mind that in the totals above, Florida and Nevada have Senate races this year - they didn't back in 2014. But each state featured a statewide governors race both in 2014 and 2018.

Some states also provide information on a voter's party affiliation, and here are three key states where they do: Arizona, Florida and Nevada.

Remember, of course, these numbers only reflect someone's party registration, not for which candidate a person actually voted.

As new numbers flow in tomorrow morning, we'll continue to post updates on what we know about who is voting early.