Chapel Hill, N.C. — Eriq Jones said he was "prime suspect No. 1" in the days following the 2012 murder of University of North Carolina at Chapel Hill student Faith Danielle Hedgepeth, so he was finally able to breathe a sigh of relief Thursday when authorities announced that another man had been charged in the case.

Miguel Enrique Salguero-Olivares, 28, of Durham, was taken into police custody Thursday morning, more than nine years after the 19-year-old sophomore was beaten to death in her off-campus apartment.

“I felt a huge burden off my chest," Jones said Friday. "I felt like I am finally going to get the peace that I deserve.”

Hedgepeth was last seen alive around 4 a.m. on Sept. 7, 2012, when her roommate left the apartment they shared. She returned seven hours later to find Hedgepeth dead.

An autopsy determined she had severe head injuries, and investigators said an empty liquor bottle had been used to beat her.

Investigators found semen on Hedgepeth, but they have never said publicly if she had been sexually assaulted. DNA from the semen matched male DNA found elsewhere in the apartment, they said.

Jones, who was the roommate's former boyfriend, said he was questioned the day of Hedgepeth's murder and offered a DNA sample to police.

According to search warrants released in 2014, police believed Jones resented Hedgepeth because of her influence over her roommate. Detectives stated in their applications for the warrants that Jones told Hedgepeth he was going to kill her if the roommate didn't get back together with him.

Chapel Hill police said Friday that Jones was questioned but was never officially named a suspect. Police said they never ruled anyone out as a potential suspect through the course of the investigation.

“Faith has done nothing to me," Jones said. "To this day, I have no ill intentions toward her. I never have. Faith was always a friend to me, nothing more, nothing less."

Attorney Kellie Mannette, who has represented Jones for five years, said police should have cleared him when his DNA didn't match evidence from the crime scene.

“They never clarified what their position was on [Eriq], so I would say continued statements that have come out throughout this investigation have made it clear that they continued to believe he was a person of interest or a suspect," Mannette said. “They made it clear there was DNA evidence, good DNA evidence, DNA evidence they believed belonged to the killer, and that did not match Eriq. At that point, he should have been eliminated as a suspect in this investigation.”

She said Jones is weighing a possible lawsuit against the Chapel Hill Police Department.

“Eriq’s life has been irreparably hindered, affected by the injustice of that target, that suspect name, the accusations that were put out in the media," she said. 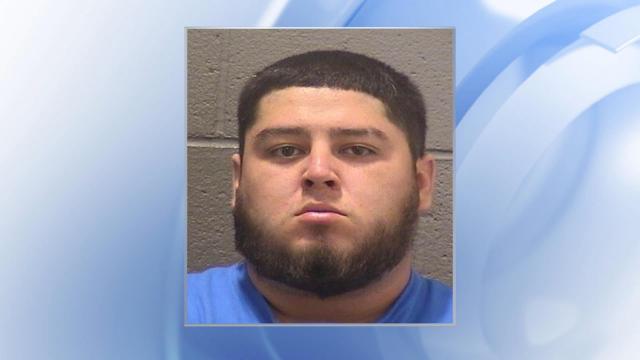 Jones said he doesn't know Salguero-Olivares. Although the police investigation of the case continues, he said he's "100 percent, 100 percent" confident he won't be charged.

"I am not going to say I knew the day was going to come. I prayed for it," he said.

With the arrest, he said, he hopes Hedgepeth's family can finally get justice.

"The family definitely deserves peace. Nobody should have to go through that," he said.