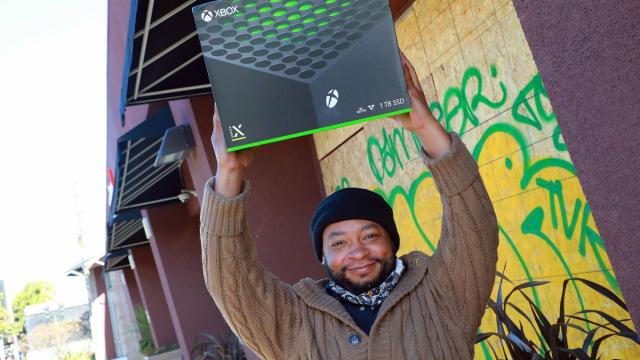 Strike up the band...

The video game developer EA Sports is rebooting its college football series for Next Generation consoles, it announced Tuesday.

The news ends the hiatus of one of the most popular sports video game series' of all time. The most-recent version of the game was NCAA Football 14, featuring Michigan quarterback Denard Robinson on the cover.

The game was temporarily discontinued after a legal battle between former student athletes and the NCAA over compensation and player likeness. Tuesday's announcement didn't mention the word NCAA anywhere, and it is believed that the game will be developed and marketed without official NCAA involvement.

EA Sports gave no timetable on when the game will be released.

NCAA Football 14 was popularized again on social media during the coronavirus pandemic, when Barstool Sports personality Dan "Big Cat" Katz replayed full seasons while live streaming to enormous audiences. The streams acted as a catalyst for discourse about bringing the game back as soon as possible.