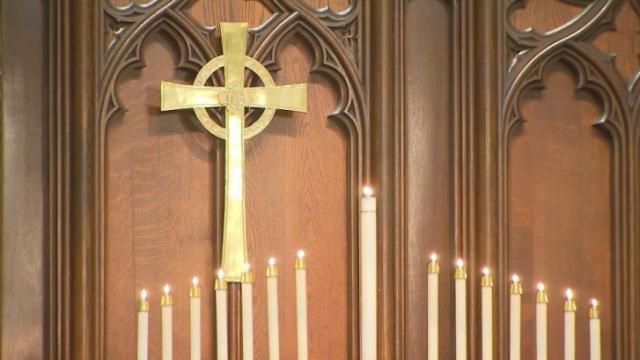 Durham, N.C. — Leaders of various faith communities in the Triangle are responding to the global refugee crisis and want to send a message that immigrants and refugees are welcome in the state.

A Monday evening prayer vigil and dinner at St. Philip’s Episcopal Church, in Durham, was sponsored by faith groups as well as refugee and immigrant advocates. They said that in the face of some recent backlash against Syrian refugees, they want to send a very intentional message – that immigrants and refugees are welcome in North Carolina.

"People of faith are welcoming refugees and immigrants to North Carolina," said Jenifer Copeland of the North Carolina Council of Churches. "There has been, of course in the press, a great deal of anti-immigration and anti-refugee sentiment."

Copeland made that declaration right on the heels of many heated debates. On Monday, presidential hopeful Donald Trump called for a temporary barring of Muslims from the United States. In November, Gov. Pat McCrory joined other governors to ask the federal government to stop sending Syrian refugees to North Carolina.

"This is not a univocal sentiment of North Carolinians. There are many, many North Carolinians who are immigrants themselves, who are welcoming immigrants, who understand that not all Syrians are people who carry bombs," said Copeland.

Ghazwan Hamid came to the United States from Iraq. He said he would like to hear more conversations about acceptance.

People who identified with Christian, Jewish, and Islamic faiths prayed and sang together under one roof at Monday's vigil before sitting around the dinner table.

"I came tonight because I wanted to be in solidarity with my friends in supporting...a welcome," said Durham resident Daniel Levinson.

Those who organized teh event said they would like to hear more focus on the contributions immigrants have made to communities in the Triangle.