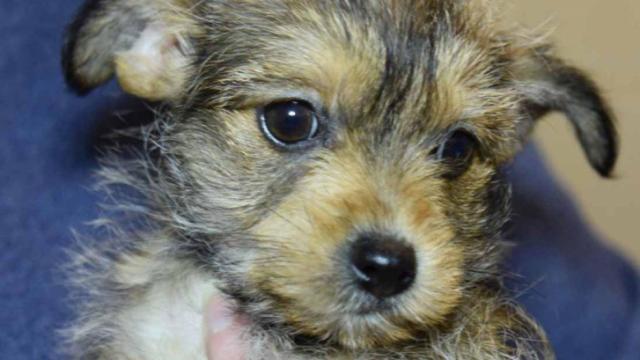 Durham, N.C. — A puppy stolen from a Durham animal shelter Saturday was returned safely on Friday.

According to the Animal Protection Society of Durham, a Yorkie Chihuahua mix named Janet was taken from the shelter sometime during mid-afternoon on Saturday.

The dog is a spayed female between 8 and 10 weeks old. She weighs 3.4 pounds and has tan, black and white wiry fur.

The dog was adopted and taken to her new home Friday morning.

A group of citizens had offered a $500 reward for information that lead to Janet's return.

An investigation into the theft of the dog is ongoing.