Durham, N.C. — Durham police were searching Wednesday for a fourth suspect who is wanted in connection with the killing of a man whose body was found last July in a parked car that had been set on fire.

Joshua Bernard McClain, 27, of Durham, has been charged with murder in the death of Ly Teng Nhiayi, 32, of California. Nhiayi's body was found inside a car parked in the 5000 block of Guardian Drive on July 26. The car was parked on a dead-end road near a wooded area that borders Interstate 40.

Autopsy results found that Nhiayi had been shot.

Derrick Tyson, 40, of Bear Creek, and Reginald McClain, 28, and Walter Thorne-Price, 29, both of Durham, have been charged with murder. All three had been at the Durham County jail without bond. It was not immediately clear if they were still in custody as of Wednesday. 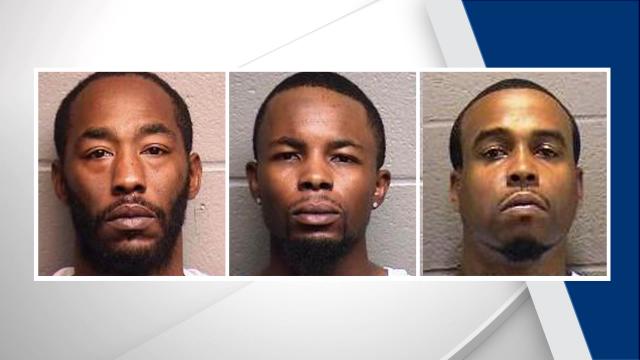 It was not clear if Joshua McClain is related to Reginald McClain, and if so, the nature of their relationship.

Investigators have also not revealed a motive in connection with the killing.

Police said McClain was not in custody and anyone with information about his whereabouts was asked to call Investigator Evans at 919-560-4440, ext. 29336.