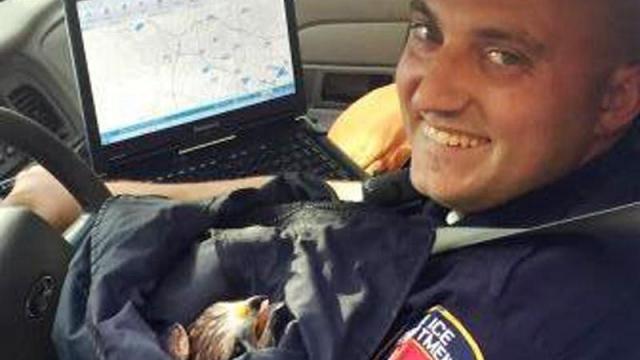 A city employee called 911 to report that the hawk was hanging from the tip end of its wing and struggling to free itself from the razor wire, police said. Officers J.E. Harris and D.A. Monroe and Reserve Lt. Tony Villanova responded and worked to free the frightened bird. 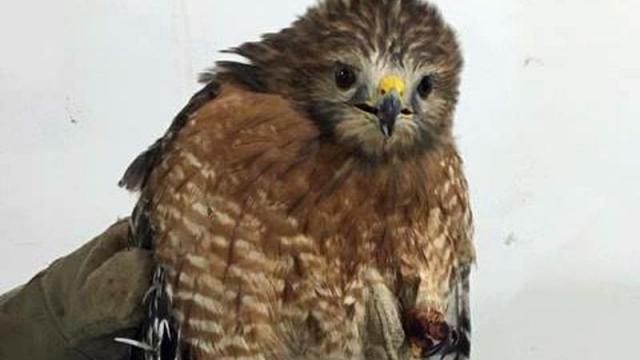 Harris used his police jacket to restrain the hawk and tried to keep it as calm as possible while Monroe freed its wing from the razor wire, police said. The officers then took the hawk to the Triangle Veterinary Referral Hospital on Morreene Road and called CLAWS Inc., a rehabilitation facility that provided treatment for the injured bird.