Durham, N.C. — A Durham Police officer's act of kindness is spreading all over the internet after the woman on the receiving end shared her touching story on Facebook.

Courtney Bailey admits she was speeding, was not wearing a seatbelt and had an expired inspection when she was pulled over by Officer Strandh on Tuesday.

Bailey lost her job and was on her way to donate plasma in exchange for money when Strandh pulled her over. 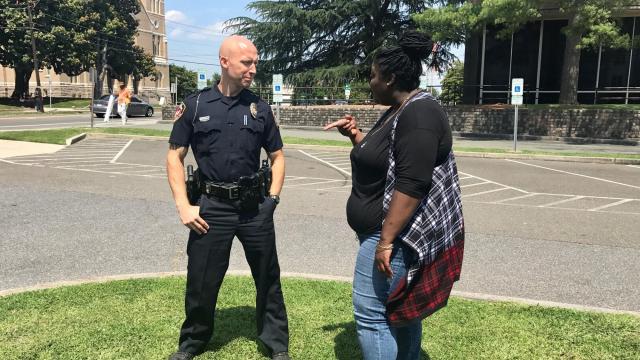 "The crazy part that really touched my spirit was, here I am sitting in my car just super afraid of him, and he's only seeing my needs," Bailey said. "He's only seeing me as a mom who is about to go grind it out for her child."

Strandh said he felt a connection with her.

"I don't really know. I just felt some sort of connection with her, and I knew she needed some help, obviously," he said. 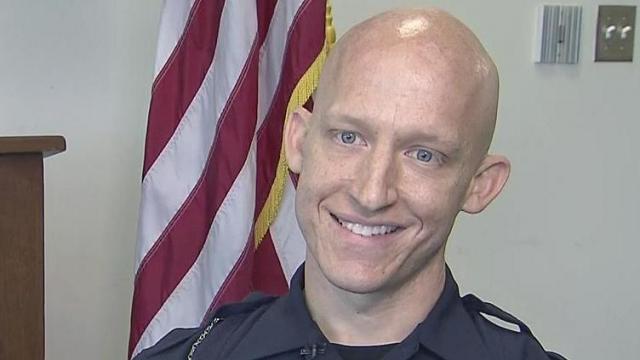 Instead of giving her a ticket, Strandh brought her to a Mr. Tire for a new tire and an inspection -- his gift to her.

"When he went up to pay for the tire, he pulls out his debit card and it had his children on it," Bailey said. "The first thing that pops into my head is that, you're a cop, on a cop's salary, and you’re about to drop $200 on me? You don't know me.

"That type of consideration and compassion isn’t something that you’re really used to like nowadays with humans in general, especially not police officers."

Strandh said his wife saw Bailey's video on Facebook before he was able to tell her about it.

For someone who grew up fearing police, Bailey said she now has a new perspective.

"I think that's the thing that really touched other people. We get so caught up in just kind of making it that we forget to really connect with someone else's humanity," Bailey said.

Since the video was posted, and has gotten thousands and thousands of views, Bailey said she had gotten even more generous people reaching out to her, offering to help her find a job.

Bailey has an undergraduate and master’s degree in music.