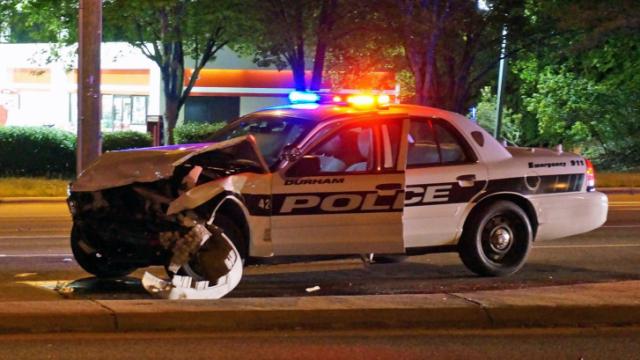 Durham, N.C. — Durham police were investigating a crash early Friday involving one of their own.

The wreck happened at about 2:45 a.m. when the police cruiser and a Chevrolet Camaro crashed on Fayetteville Street near N.C. Highway 54.

No serious injuries were reported in the wreck, but the police cruiser sustained heavy damage to its front end. The Camaro had damage on its left side.

No details about the cause of the wreck have been released.