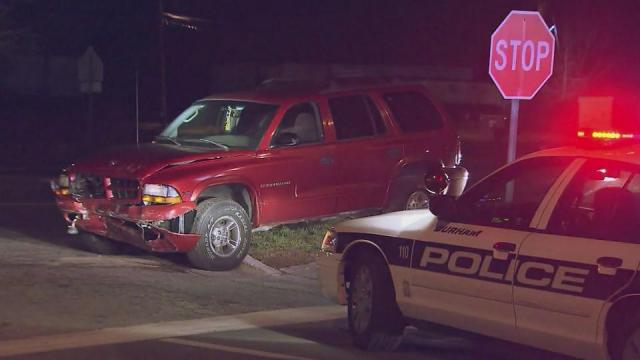 Durham, N.C. — A Durham police officer and his K-9 were injured Tuesday night in a hit-and-run crash on N.C. Highway 98, police said.

Officer J.K. Meade was eastbound on Holloway Street near Clayton Road at about 8:45 p.m. when a red Dodge Durango crashed into the back of his marked patrol car, police said. The impact caused the patrol car to run off the right side of the road, go through a fence and hit a tree.

"When we ran down to see if everything was OK, we saw the police officer getting out of the car and he sat on the ground," said witness Tanya Johnson. "Then we could hear the dog barking and then the police officer was trying to get the dog out."

Police found the Durango a short time later about a mile away on Holloway Street near Mineral Springs Road. The driver, Jashua Duke Davis, 20, of Durham, was inside and was taken to a hospital for treatment.

Davis has been cited with driving while impaired, police said.