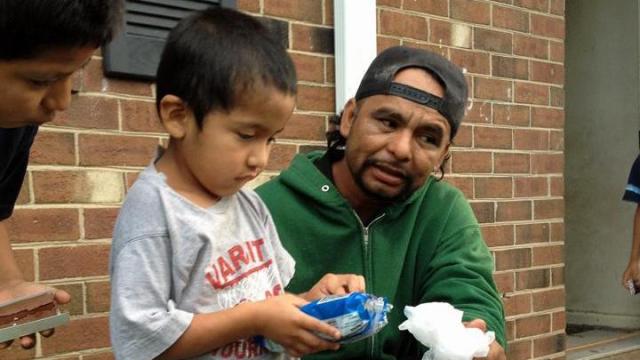 Durham, N.C. — A 4-year-old boy who was the subject of a statewide Amber Alert early Thursday was found safe inside his home after he fell asleep in a closet, Durham police said.

Ari Yanitan Aguilar-Castillo came out of the closet about 7 a.m., five hours after the North Carolina Center for Missing Persons issued its Amber Alert. He was uninjured.

Ari's brother told WRAL News that the boy was playing hide-and-seek with another sibling and hid inside his mother's closet. As he was hiding on top of a box underneath a pile of clothing, Ari fell asleep, his brother said.

The family called Ari's name several times after they could not locate him late Wednesday, and Durham police searched the apartment, in the 700 block of Liberty Street, prior to issuing the Amber Alert.

According to the alert, authorities believed that Ari was taken by a 45-year-old white man wearing a white T-shirt and red hat. It wasn't clear if a person matching that description was in the area of the apartment late Wednesday.

Durham police did not release more information following the cancellation of the alert.