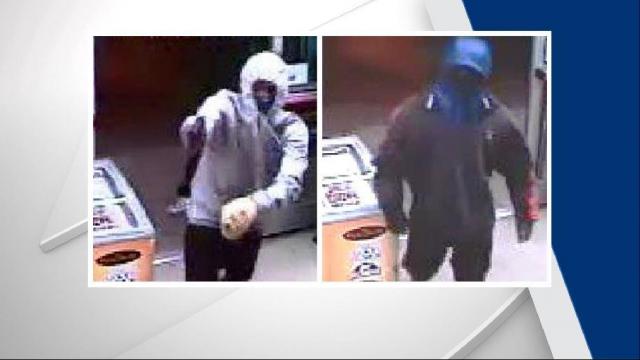 Two men with their faces covered entered the store around 10:30 p.m. and took cash from the registers.

The second robber stands 5 feet 10 inches to 6 feet tall and weighs approximately 220 pounds. He was wearing a blue hooded sweatshirt covered with a black jacket and dark jeans. The jacket had red stripes down both shoulders and sleeves and white stripes down both sides.

The men fled in a gold SUV.