Durham, N.C. — Police were searching for clues on Thursday after three people were shot and wounded, one of them critically, during two separate incidents Wednesday night in north Durham.

Police have not immediately said if the two shooing scenes, which occurred about two miles apart on Northgate and Chamberlain streets, and North Duke Streets, are connected.

Authorities said shortly after 6 p.m., officers were called to the area of East Club Boulevard and Farthing Street, where they found a man who had been shot. Investigators concluded that the incident originally occurred near Northgate and Chamberlain streets.

The man was taken to a local hospital for treatment of life-threatening injuries. He was said to be in stable condition, according to a written statement by police.

The man's identity has not been publicly released.

Police said around 7:30 p.m., two people in a car in the 3600 block of North Duke Street were wounded when a passing dark-colored sedan drove by and opened fire into the passenger side of the other vehicle.

Both people were wounded during the incident and were taken to an area hospital for treatment. The passenger was listed in critical condition while the driver was in stable condition, according to police.

Investigators have not provided a motive in either incident and no suspects have been arrested. 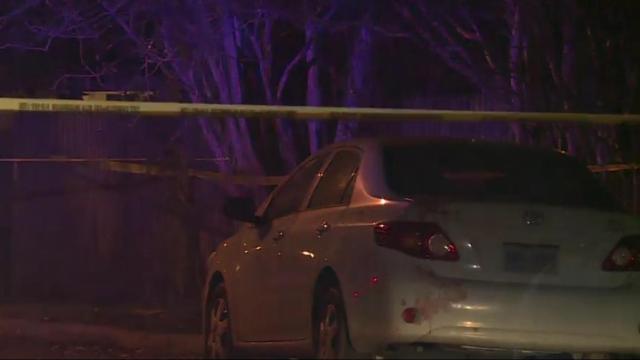 Arnold Gordon-Wright, who lives in north Durham, said he and his wife don't feel safe in the city and haven't for some time.

His wife echoed those comments.

"It just unsettles you," said Kathern Gordon-Wright. "As my husband says, we have two grandchildren. And we worry about their safety."

Kathern and Arnold Gordon-Wright said they frequent the areas where both shootings happened. Their grandchildren go to school near where the first shooting occurred.

After 6 p.m., they said, they rarely leave their home.

"We lock our cars; we lock our doors," Kathern Gordon-Wright said.