Police said officers discovered Keith Antonio Watson, 29, of Durham, who had died from an apparent gunshot wound in the 4200 block of Larchmont Road at about 5:15 p.m. Tuesday.

A woman, who was critically injured in the shooting, was taken to an area hospital for treatment, police said. She was later released.

Police said the incident was a domestic disturbance.

Murilio Domingo, 24, and 26-year-old Bertin Mendoza were found dead from gunshot wounds in the 2000 block of House Avenue at about 8 p.m.

Arlene Messer, who lives nearby, said she heard the shooting.

"I heard gunfire. I was in my bedroom," she said. "I worry about what goes on in the neighborhood, and I worry for my safety because I'm alone. I live alone." 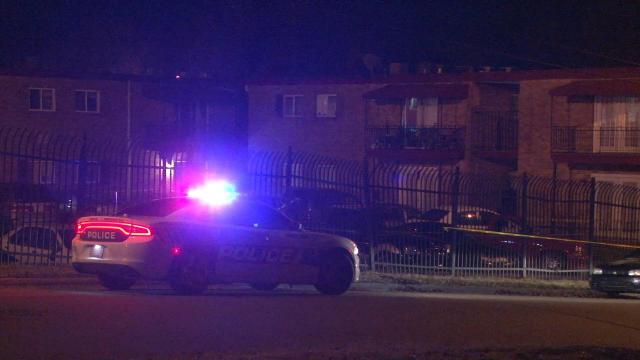 Around 1 a.m. Wednesday, a person drove a man with a gunshot wound to Duke University Hospital before walking away.

Officials say the person is not a suspect, but they would like to talk to that person.

Police said the victim was a 31-year-old man who suffered serious injuries and underwent surgery.

A vehicle with crime tape around it was in front of the emergency room.

It is unclear where the shooting happened.

Mayor Steve Schewel said it is a "terrible way to start the year."

Schewel said despite the recent shootings, Durham is a safe place.

"Not only do I feel it's a safe place to live, but I know our residents feel the same," he said. "Our resident surveys show consistently in the last few years that people are feeling that Durham is a safer and safer place to live."

In a statement to WRAL, Chief Durham Police Chief C.J. Davis said the shooting do not appear to be random acts.

“The Durham Police Department is always concerned about any acts of violence that occur in our city, and investigates such incidents with haste. Based on initial investigative findings, the fatal shootings that occurred last night appear to be isolated, and do not appear to be random acts," she said.