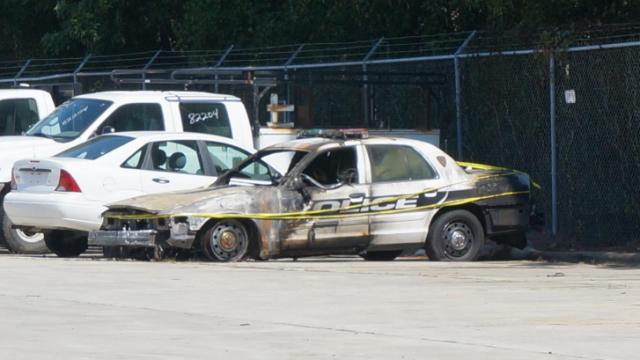 Durham, N.C. — A Durham police vehicle was set on fire early Sunday, and police are searching for who was responsible.

The empty vehicle was sitting at 3000 Old Trail Drive and was being used as a decoy to prevent break-ins in the area, according to police.

The fire was discovered around 4 a.m. No other information was released.