Durham, N.C. — Durham police are asking for information on a car that was involved in a September shooting on Cheek Road.

On Sept. 22, officers were called to the 2900 block of Cheek Road for a shooting. When they arrived, they found a white Ford Explorer had crashed into a parked tractor-trailer on the side of the road.

The driver of the Explorer had been shot and was taken to a nearby hospital with serious injuries.

Witnesses of the shooting said shots were fired by the occupants of a silver car, believed to possibly be an Acura TSX. The car was last seen on Hoover Road. 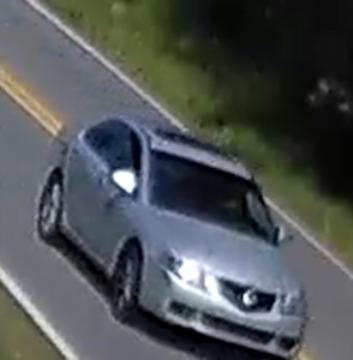