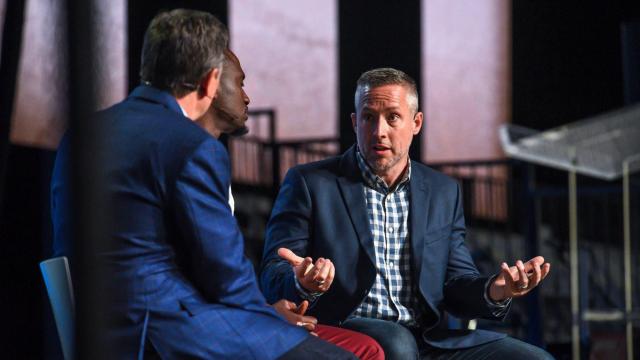 DALLAS — Pastor J.D. Greear of The Summit Church in Durham was elected on Tuesday as the new president of the Southern Baptist Convention.

According to The Associated Press, J.D. Greear is among numerous SBC leaders saying the doctrine needs to be observed in a way that is respectful of women and encourages them to play an active role in church affairs.

In a recent video posted on Facebook, Greear said the church has hurt itself by excluding women from top leadership posts.

"This afternoon the Southern Baptist Convention voted to elect me as its 62nd president," Greear wrote on Tuesday in a Facebook post. "I am at once honored and humbled to step into this role, which I will do, officially, tomorrow afternoon. As a reminder, the position of SBC president is a volunteer role that will not take away from my responsibilities at the Summit. Our church is, and will always be, my top priority."

Greear, 45-years-old, narrowly lost the election for president in 2016.