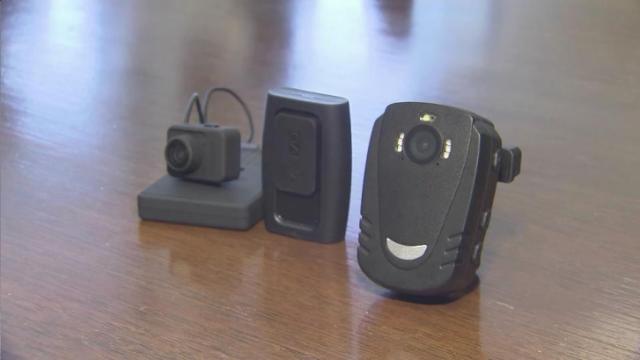 Durham, N.C. — The Durham Police Department will soon begin using body cameras, and officials said Thursday that they want public feedback about how the cameras will be used after finalizing a policy for officers.

The department held six forums earlier this year to give residents a chance to speak to police leadership about the use of cameras, and in a Thursday news release, a spokesperson said the department is finalizing the selection of which cameras officers will wear. A date for when Durham officers will begin wearing them hasn't been decided.

As the city of Durham works to which camera officers will wear, Chief Deputy Anthony Marsh said police leaders drafted a police to regulate their use.

"This first year is really going to tell us a lot about the program," he said.

Marsh said the policy was drafted after residents expressed concern over when the cameras would be recording.

"That decision is going to be made by the officer at the moment...quite frankly, it should be," Marsh said.

According to the policy, officers should wear the camera their entire shift and turn them on whenever an officer comes into contact with a citizen.

Durham police will take public comments about the draft policy through the first two weeks of January.

“Body cameras represent an opportunity for the Durham Police Department to enhance transparency and accountability to the community,” Police Chief Jose L. Lopez Sr. said in a statement. “We received a lot of great feedback from the listening sessions and we want to hear directly from residents about the draft policy. As always, we welcome and encourage residents to voice their ideas, priorities and concerns.”

Durham residents can provide comments about the body camera policy using an online survey feature, by email at DPDPublicAffairs@durhamnc.gov or phone by calling 919-560-4322, ext. 29198.

Highlights of the draft body camera policy include the following: