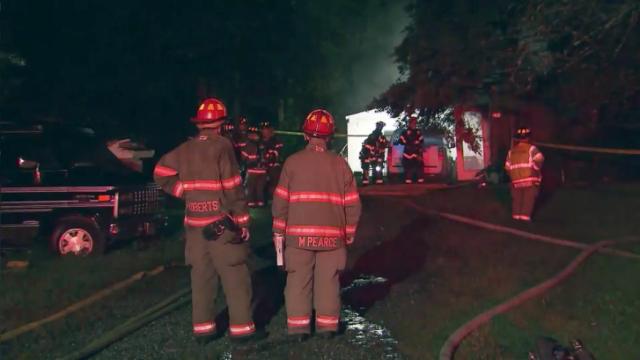 Durham, N.C. — Four people were taken to a nearby hospital Monday morning after a mobile home in Durham caught fire, authorities said.

The Durham Fire Department was dispatched to the home at 2718 Enfield Drive at about 5 a.m. after a neighbor called 911. The mobile home was engulfed in flames by the time firefighters arrived.

Five adults were inside when the the fire broke out, and all had escaped, authorities said. Four suffered from smoke inhalation and were taken to a hospital for treatment.

The mobile home, which had several additions, was destroyed in the fire, which took about 30 minutes to extinguish, authorities said.