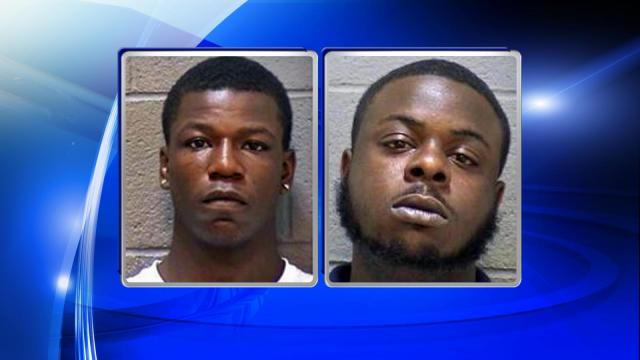 Authorities responded to a burglary in progress at a home on Spencer Crest Road just before 5 a.m. and determined that six subjects had forced their way into the home and demanded money. The burglars then fled with an undisclosed amount of money in a vehicle that was later located by the Durham Police Department, Cary police said.

Howard Freeman Earl, Jr., 21, of Guess Road and Terrell Lee McLamb, 20, of E. Cornwallis Road were both charged with first-degree burglary, armed robbery, and second-degree kidnapping. Both were being held at the Wake County Detention Center Monday night.

If convicted on all charges, Earl and McLamb could face up to 32 years in prison, police said.

Authorities said more arrests are expected as the investigation into the incident continues. Anybody with information is asked to call Crime Stoppers at 919-226-2746.