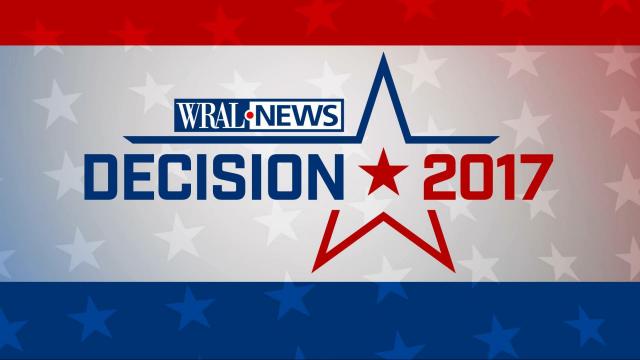 Durham, N.C. — Farad Ali and Steve Schewel have seen the same problems in Durham in recent years, so they share many of the same priorities as they compete to succeed longtime Mayor Bill Bell in next Tuesday's election.

"I think we can do economic development with an understanding of, how do we improve the lives of the people, providing them jobs and giving them opportunity as we have this development," said Ali, a businessman and former member of the City Council. "It's not just about building buildings. It's about building people and building community."

"Will the city we love be the city for all? That's what's in front of us," said Schewel, who has served six years on the City Council. "I want to try to make sure that our prosperity spreads to everybody in Durham."

Both men note the uneven growth in Durham, where the downtown area has attracted private investment that is starting to gentrify nearby neighborhoods, while pockets of poverty mark other parts of the city.

The city should look at offering some of the land it owns near downtown to developers to encourage the construction of more housing for working-class residents, he said.

Ali, a Durham native, said he wants to focus on job creation in the city, which could help the housing situation.

"Most of the tax base that we have is through property. So, it's important that, if people have good jobs and they're allowed to have home ownership, they get to pay property taxes," he said. "Homeownership is not just about creating generational wealth for our residents, but it’s also about creating a tax base for our city."

He said he wants to use the Mayor's Office to build collaborations in Durham with the county, Duke University, North Carolina Central University and other organizations to help lift the city.

Schewel said he wants to help Durham retain its "rough edges and grit" and its small-town quality of life as it grows.

"Our brand, I think, is diversity," he said. "What Durham stands for [is] welcoming everybody, no matter who you are, into this city."