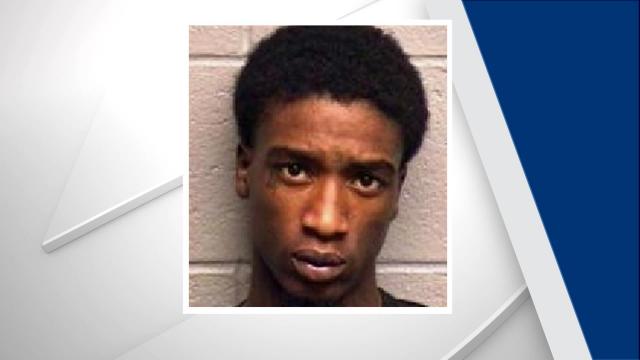 Authorities said victims were parking their Nissan Sentra in an apartment complex at 1835 Cheek Road at about 10:30 p.m. when a man displaying a gun approached them and stole their car.

A second man in a nearby gray car followed the stolen Nissan out of the parking lot, police said.

Officers spotted the Nissan on East Club Boulevard about 10 minutes later and attempted to stop it but the driver, identified as Davayon Traquell Jones, 23, of Durham, led them on a chase toward Dearborn Drive.

Jones jumped out of the car near the intersection of Dearborn Drive and Keystone Place and was found hiding under a sink in an Oxford Manor apartment following a standoff that lasted several hours.

A 15-year-old, who was driving the gray car which has also been reported stolen, was charged with conspiracy to commit robbery with a dangerous weapon and possession of a stolen vehicle.