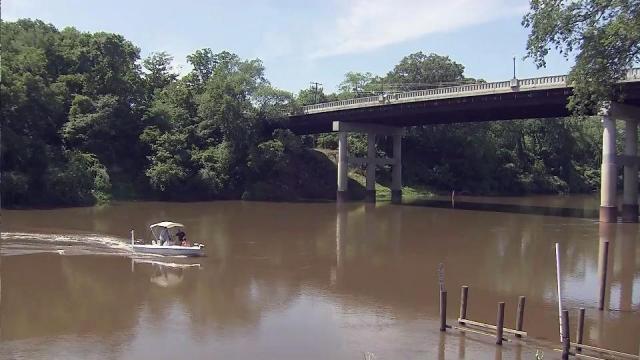 Riegelwood, N.C. — Two men have been arrested following the positive identification of Kenneth Ross Covell, whose body was found in the Cape Fear River on Aug. 22.

The body of Covell, 54, from Durham, was found in the Cape Fear River near the Bladen-Columbus county line.

Dive teams began searching the river near N.C. Highway 11 earlier that week after the Bladen County Sheriff's Office received a tip that someone had been assaulted and a body had been dumped in the Cape Fear River.

On Aug. 25, Jim Robert Goins, 41, of Durham, was arrested and charged with first-degree murder. Goins was accused of killing Covell during an altercation on Aug. 18 in the East Arcadia area of Bladen County.

On Aug. 28, Allen Lavander Alston, 60, of Riegelwood, was charged with accessory after the fact in the murder investigation of Covell. Officials said Alston helped dispose of the body after the murder.

Anyone with information is asked to contact the Bladen County Sheriff’s Office at 910-862-6960.