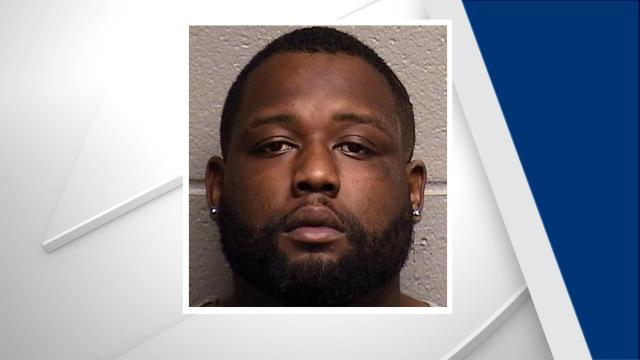 Narcotics investigators tried to stop a vehicle in the area of North Duke Street and Stadium Drive at about 8 p.m. after observing someone making multiple drug transactions, authorities said. The driver pulled into a parking lot but then sped off, they said.

The driver crossed the center line on Stadium Drive, striking an unmarked sheriff’s office vehicle in the far right lane, authorities said. He then led deputies on a pursuit during which he turned onto Edwin Road, a dead-end street, and came to a stop, but when deputies approached the car, the driver accelerated toward them, striking two marked patrol cars, a tree, a fence and a mailbox, authorities said.

The driver then resumed the chase, turning onto Albany Street, where he hit another fence, came to a stop and was taken into custody, authorities said. Investigators found drugs, a scale and baggies inside the car.

Jarrius Christopher Johnson, 28, of 509 Sparella St., was charged with two counts of assault with a deadly weapon on a government official, four counts of hit-and-run leaving the scene of property damage, two counts of injury to real property, fleeing to elude arrest with a motor vehicle, three counts each of failure to stop at a stop sign and failure to stop at a red light, speeding, reckless driving to endanger, no operator's license, expired registration, failure to wear a seat belt, possession with intent to sell or deliver marijuana, possession of marijuana paraphernalia and maintaining a vehicle to deliver controlled substances.

Johnson was being held Thursday in the Durham County jail under $75,000 bond.