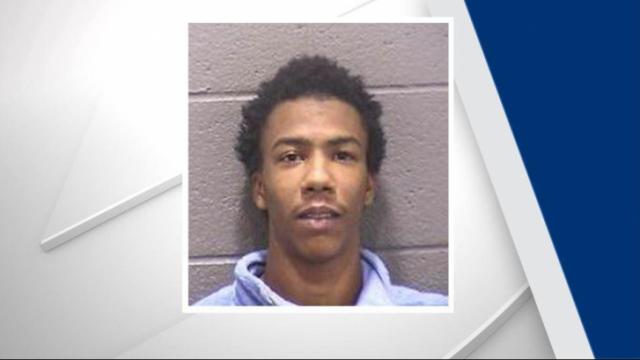 A man told officers he was getting out of his truck in the parking lot of an apartment complex in the 2900 block of Chapel Hill Road when he was approached by two men.

The suspects took the victim’s phone and wedding ring, and his 13-year-old son was scratched during the robbery.

Swain has been charged with robbery with a dangerous weapon, conspiracy and assault by pointing a gun. The second suspect has not been identified.

Swain was being held Monday night at the Durham County Jail under $805,000 bond.