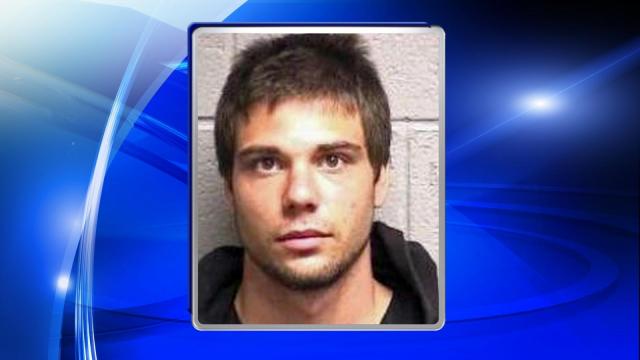 Durham, N.C. — A Hillsborough man who was arrested Friday during a foiled home invasion attempt is facing additional charges in connection to the armed robbery of a Domino’s Pizza restaurant.

Benjamin R. Smith, 23, was charged Wednesday with armed robbery, possession of a firearm by a felon and two counts of second-degree kidnapping.

Police said that officers responded to a reported robbery at a Domino’s Pizza located at 112 John Earl Street at about 10 p.m. on Oct. 20. Two employees were inside the restaurant when Smith, who was wearing a mask, entered with a handgun and demanded money, police said.

Smith stole an undisclosed amount of cash and the employees were not harmed during the incident.

Police said that Smith confessed to the Domino’s robbery during an interview at the Durham County Jail on Tuesday.

The charges stemmed from a home invasion that was planned by Smith and Christopher J. Anderson, 28, of Haw River and foiled by Durham police officers who stopped their vehicle.