Durham, N.C. — Police are asking for help to find the driver of a car that hit a woman in a golf cart at Durham's Hillandale Golf Course two weeks ago and didn't stop.

Fran James, a golf instructor at the course, had gone out to round up some tardy golfers shortly after 7 p.m. on Sept. 23 and was headed back to the clubhouse when a silver sedan hit her golf cart on Hillandale Road near the 18th hole.

James said she ended up in the road and had to roll off into a ditch to avoid oncoming traffic. She suffered a broken femur, a broken nose and some scrapes and bruises.

"[I] was headed back in, cross the road like I usually cross the road, and next thing I know, there was an impact," she said Monday, a day before undergoing her second surgery for her injuries.

James said she's always cautious when crossing Hillandale Road because she knows cars sometimes go really fast along that stretch. But the car that hit her didn't have its lights on, she said, or she would have seen it in the darkness. 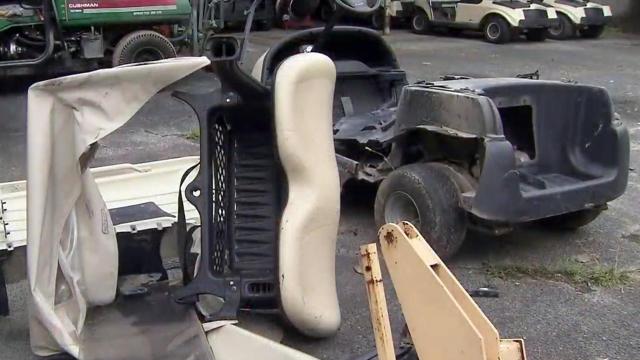 "You knew that you hit something, and for someone to keep going and not to say, 'I think I may have hit someone,' I will never understand how a human life isn’t more important than the stopping to see what had happened," she said. "It’s a little disappointing just to know that someone’s still out there who’s driving who shouldn’t be driving. The fact that they didn’t stop just makes you wonder why they didn’t stop."

She said she likely won't fully recover for nine months to a year, although she hopes to get back on the course before that. 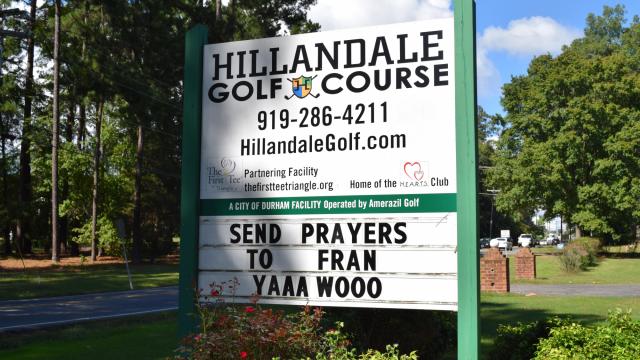 "Not having her here, it is that missing element that we have all grown accustomed to," said Tom Coffman, the head golf pro at Hillandale Golf Course. "We just hope and pray that she gets back here real soon."

James' accident highlights concerns golf course staffers already had about the crossing on Hillandale Road, Coffman said. Durham is working on a redesign of that part of the road. 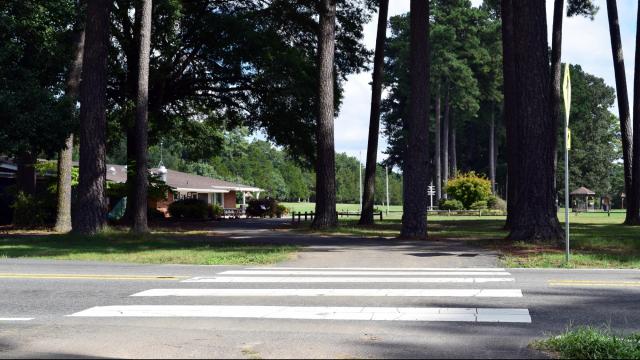 "It can be a nightmare for a golfer if they’re not aware of themselves," Coffman said. "[We would appreciate] any way to slow down traffic, maybe widen the street, make our crosswalk a little easier for the golfers to get across."

James said she feels blessed to be alive, and she's grateful for all of the support she's received from the community. But she wants the driver who hit her to come forward.

"The sad part to me is, it was an accident," she said. "If they had just stopped, it was just an accident. But now that they left the scene, they've broken the law.

"I would be very happy to know that they have a conscience, to know that they can lay their head on their pillow at night and not worry about what they’ve done wrong," she added. "I'm not mad. I forgive you for doing it. But for himself [or herself], he or she will feel a lot better if they can just come forward."