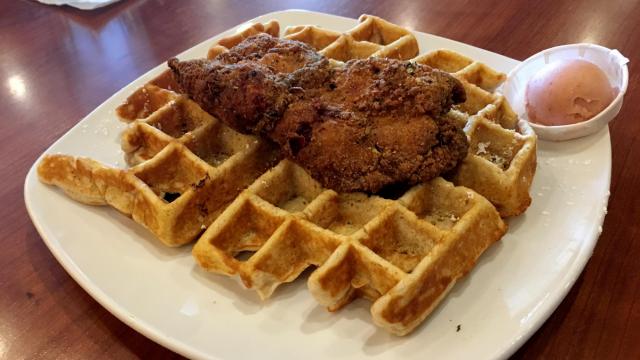 Durham, N.C. — While GrubHub and Uber Eats are giants in the food delivery industry, a new local option has emerged in Durham.

"The idea really spun out of us hearing from the restaurants that things like GrubHub and other delivery apps skim up to 30 percent off of orders. And that can really affect and hurt restaurants who are already struggling to survive. And so we came up with this idea to connect living communities with restaurants," said Cara Rousseau of Discover Durham.

The project launched a in late-August and recruits "community captains" to help connect communities with a local restaurant.

"We're matching them up with the restaurants to do both delivery to their neighborhoods, their parks, their apartment buildings," Rousseau said. "Then we put the restaurant owner and general manager in touch with the community captain."

In its first weekend, there were seven restaurants matched up with seven different communities.

"There was a range. For some it was only four meals but for one restaurant they did 41 meals, which is a huge lift for a restaurant," Rousseau said.

Some restaurants are creating custom menus for these deliveries.

"We have over 30 restaurants signed up to participate," Rousseau said.

Rousseau said they'd like to start including some retail stores in the delivery program as well.

To sign up to be a community captain or find out more about the program go to DurhamDelivers.org.