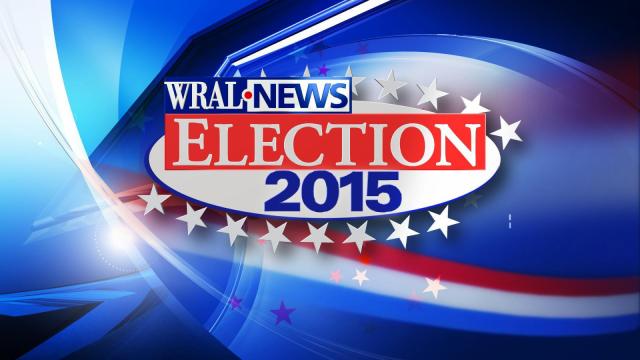 Raleigh, N.C. — Durham Mayor Bill Bell and Fayetteville Mayor Nat Robertson will be able to defend their seats next month after advancing in each city's primary election Tuesday.

Bell, who is seeking his eighth two-year term, will face James Lyons in the Nov. 3 general election. In unofficial results, Bell finished with 87 percent of the vote to 8 percent for Lyons, a Time Warner Cable technical operations worker.

Tammy Lightfoot and John Everett lagged in the four-person race, finishing with 3 percent each.

Robertson and former Fayetteville City Councilwoman Val Applewhite will stage a rematch of their 2013 mayoral contest. Robertson finished with 53 percent of the vote in Tuesday's primary to Applewhite's 45 percent, according to unofficial results.

In the Durham City Council race, Councilman Steve Schewel, Jillian Johnson, Charlie Reece and Mike Shiflett are likely to advance to the general election, where voters will select three for at-large council seats. Ricky Hart, Sandra Davis and Robert Stephens are fighting for the final two at-large council slots on the Nov. 3 ballot.

Fayetteville narrowed the field for two council seats Tuesday, with Kirk Deviere and Len Brown moving on in District 2 and Councilman Larry Wright and Jeffrey Zimmerman in District 7. They, along with candidates in districts 3, 4 and 6 will appear on the November ballot.

Meanwhile, Cary voters returned Mayor Harold Weinbrecht to office for a fifth term – he was unopposed – and re-elected Councilman Don Frantz in District B on Town Council. Businessman Ken George was leading in District D but didn't have enough of a margin to avoid a potential runoff with Maria Cervania.