Durham, N.C. — One day after a judge tossed charges against two suspects accused of toppling a Confederate monument last summer and found a third defendant not guilty, Durham County prosecutors on Tuesday announced that they were dropping all charges against the remaining five suspects.

District Attorney Roger Echols did not take questions after a terse statement in which he essentially said it did not make sense to pursue charges against the remaining suspects given that District Court Judge Frederick S. Battaglia Jr. on Monday found one suspect not guilty and dismissed charges against two others.

"I do believe the evidence supported the misdemeanor charges, and we proceeded on those charges," Echols said. "Acts of vandalism, regardless of noble intent, are still violations of law." 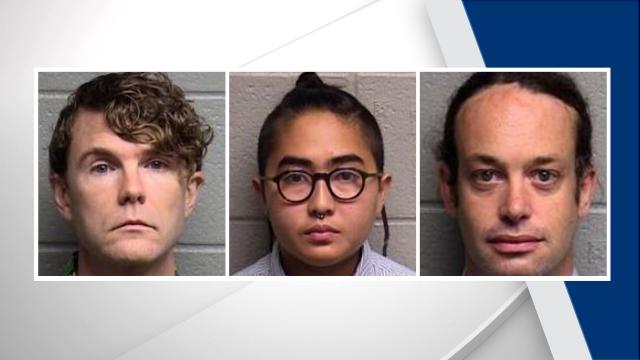 But Echols added that it would not be productive to pursue charges against the remaining five defendants given that prosecutors' evidence for them was similar to that presented during Monday's trials. The remaining defendants had been scheduled to return to court in April for their day in court.

"For my office to continue to take these cases to trial based on the same evidence would be a misuse of state resources," Echols said. "For that reason, I will dismiss the remaining charges against the remaining defendants."

On Monday, Battaglia dismissed charges against Dante Emmanuel Strobino, 35, and Peter Hull Gilbert, 39, saying prosecutors had not proven that they were among those involved in knocking the statue over. Another defendant, Raul Jimenez, was acquitted after a trial that lasted several hours and stretched into the evening. 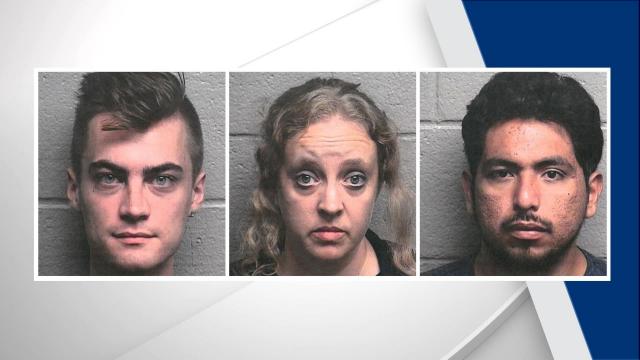 The five remaining defendants in the case were: Takiyah Fatima Thompson, who climbed the statue and was the first to be arrested; Elena Everett, 36; Jessica Nicole Jude; Qasima Wideman; and Joseph Karlik

Echols added that charges would also be dropped against another defendant who had previously agreed to a plea deal.

"This concludes the criminal prosecution of the individuals charged in the Aug. 14 destruction of a Confederate monument in Durham County," said Echols, who declined to take questions from reporters after the news conference.

The Confederate statue was knocked down by protestors who said it represented a symbol of white supremacy.

The rally in Durham occurred on the heels of a violent clash in Charlottesville, Va., that generated national headlines when white nationalists and counterprotesters clashed over the removal of Confederate monuments. During that incident, a 32-year-old woman was killed and as many as 34 people were hurt.

The shock and grief from that protest migrated to Durham, when demonstrators toppled a longstanding shrine to fallen Confederate soldiers outside the former county courthouse.