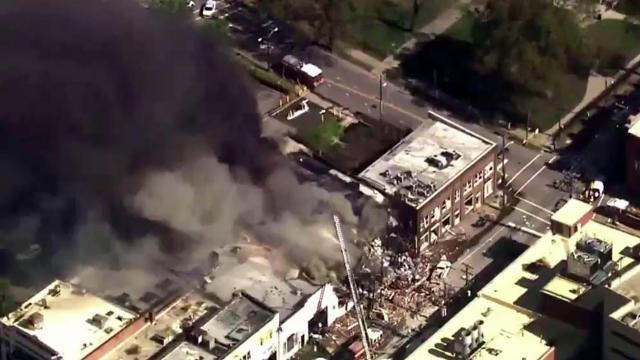 The April 10 explosion rocked the 100 block of North Duke Street, killing the owner of the Kaffeinate coffee shop. A PSNC Energy employee who had responded to the reported gas leak died two weeks later of injuries he suffered in the blast.

The Emergency Management report noted difficulty in determining who was injured and whether anyone was unaccounted for because there was no coordinated patient tracking system. It also noted confusion in trying to provide accurate information to the public because officials were too busy with clearing the area and that no one was keeping track of personnel in the explosion zone.

The Durham Fire Department's report noted off-duty firefighters went to the scene to help out but lacked the necessary protective equipment and that the haz-mat team and fire engines were understaffed. Streets also were closed quickly enough to prevent access to the area, the report said.

A fire department investigation identified the cause of the explosion: A three-person crew from Durham-based Optic Cable Technology was drilling horizontally as part of a project to install underground cables when they struck a 3/4-inch gas line in front on Kaffeinate at 115 N. Duke St.

Gas flowed for about an hour, filling underground cavities near Kaffeinate, before the blast, the department's report said. Firefighters haven't been able to pinpoint what ignited the explosion, however.

The state Department of Labor cited Optic Cable for two serious violations of workplace safety regulations, each carrying a $7,000 fine. Inspectors said the company failed to locate nearby utilities, including the gas line, before drilling and then failed to call the 811 service for utility response or 911 for emergency assistance.

PSNC, part of Dominion Energy, and PS Splicing LLC, an Oxford-based telecommunications subcontractor working on the underground cable project, also were cited for violations by the Labor Department.