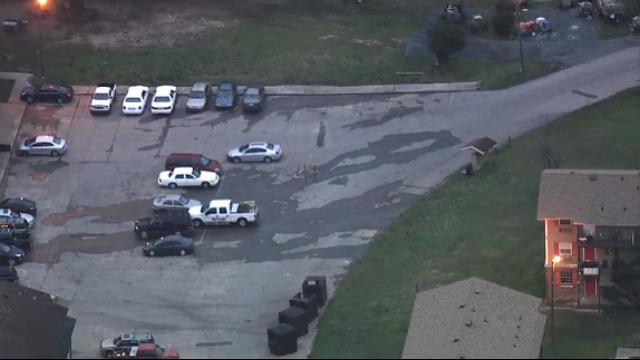 Durham, N.C. — A Durham County Sheriff's deputy was injured in a pursuit after a vehicle refused to stop at a traffic stop.

Officials said the incident happened Wednesday around 3 p.m. when a patrol deputy saw a speeding vehicle. The deputy tried to conduct a traffic stop but the vehicle refused to stop.

A brief pursuit took place and the deputy observed a suspect in the vehicle throw a gun out the window. The pursuit ended on Salvone Court. Three people then ran from the vehicle, which resulted in a foot chase.

During that chase, the deputy was injured and taken to the hospital, where he was being treated for non-life threatening injuries. There was no information on the extent of the injury or what caused it.

Officials said all three suspects were taken into custody and the weapon was recovered. No further information is available.