Durham, N.C. — A Durham construction worker severely injured in a freak accident in 2017 has died, his family said.

Jesse Zimmer, 39, was working at 400 Morris St. for Acme Plumbing and Heating Company, which had been contracted by Barnhill Contracting Company. He was inside a portable toilet on Nov. 8, 2017, when a large, 200-pound metal beam fell from the fifth floor of the construction site, crushing the unit.

The state Department of Labor found last summer that C.P. Buckner Steel Erections, Inc. was partially at fault for the accident and recommended a fine of $2,750.

Zimmer's family said they think the punishment for the company is not harsh enough.

"It's kind of insulting," said Jeff Zimmer. "You have a guy who's working on a job site who goes to the restroom in a port-a-john and has a beam fall on his head." 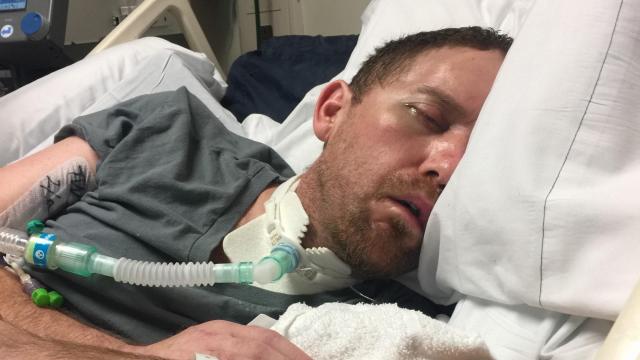 In the days following his injury, Jesse Zimmer taken to was to a specialized treatment center in Atlanta.