Chef Scott Howell was at the top of his game in November 2013.

The owner of Nana's restaurant in Durham was running a restaurant and opening others. Then one day, when he was 50 years old, everything changed.

Howell and one of his employees were trying to move a 1,200-pound charcoal grill off a truck. While they were moving it, Howell turned away to call another employee over to help.

"When I looked back, it was just right here," Howell said. "So, my natural instinct was to stop it, or try to stop it, and if it would have taken me straight, I would have died."

The grill did a lot of damage to his right leg, which required six surgeries. One of those surgeries killed him. 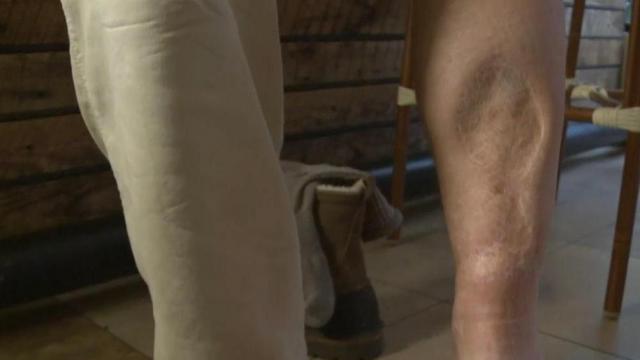 "You know on the operating table, I flipped over and bit the tube and had pulmonary edema and died right there," Howell said. But doctors quickly resuscitated him.

Howell thought he would recover and be back to work in about six months. But when it took longer, and he was still on pain pills, Howell's restaurants had to move on without him.

The time off sent him into a depression, a story he shared for the January and February issue of "Men's Health" magazine. The chef said he told his story for other men who are reluctant to seek special health services.

"It was brutal because I'd lost my feeling of relevancy," Howell said.

Howell said he began drinking heavily and later entered a rehabilitation facility. Through group therapy, Howell learned to talk about his feelings of depression and lost relevance.

"I had to show my vulnerability. I was vulnerable," Howell said. "I had to deal with that."

His was a common problem among men: many don't want to admit they sometimes need special help. After three-and-a-half years of struggling, Howell now knows better.

"Taking care of yourself is—you owe that to the people around you," he said.