Durham, N.C. — Dozens of people on Friday attended a community service in Durham designed to honor peace officers who lost their lives in the line of duty.

The Durham County Fraternal Order of Police, Lodge #2, hosted the event, which was held at at Grey Stone Church, located in the 2600 block of Hillsborough Road. The 32nd annual Peace Officers' Memorial Service was held to remember 10 Durham law enforcement officers who died in the line of duty since 1913.

Organizers said the service also paid tribute to current and retired law enforcement officers who are no longer on the force. 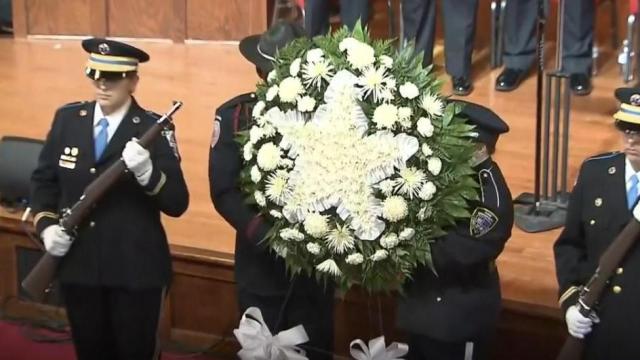 It was a somber memorial that began with a procession by relatives, which was followed by bagpipes and singing.

The family members who were at the event said the fallen officers' legacy of bravery and committment to serving Durham will live on.

"I was worried about it, but he had always talked about it (while) growing up," she said. "He wanted to be a police officer like dad (so) we knew it was coming. It didn't surprise me, but I just pray hard every day for him and all the ones out there that they can make it home safely." 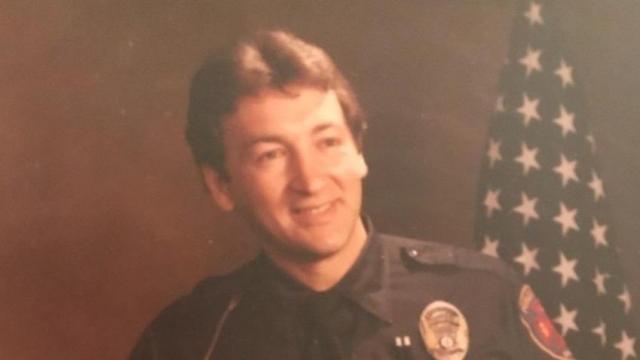 Willie Hall attended the ceremony in order to honor his grandfather, also named Willie Hall, and his great uncle, Onus Hall, both of whom died in the line of duty over a 10-year span.

When asked why he was attending the ceremony, the younger Hall said, "It's not only for those two" who are my family. "But for all of them," he said.