Durham, N.C. — A new field of dreams is coming to the Bull City.

The Durham Bulls Miracle League Field will help expand the league, which gives young players with disabilities a chance to play baseball, to those living on the western side of the Triangle.

Andrew Hartman and his family now travel to Wake County to participate in the league, even though they are Durham residents. His parents say the league is a source of immeasurable joy.

"You just enjoy seeing your child run around hitting a baseball because these kids wouldn't get the opportunity to do it without the Miracle League around," parent Bobby Hartman said.

Hartman is one of many people thrilled the Miracle League of the Triangle is expanding. 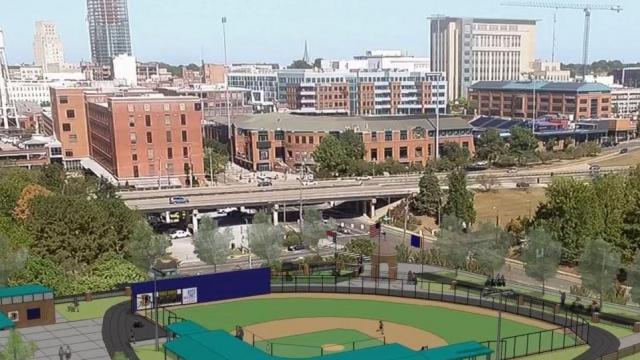 "Within the 15 minute drive of the Durham site there are over 11,000 students that have special needs that will be able to play on our field," said Benjy Capps, Miracle League of the Triangle executive director.

The site will be across the street from the Durham Bulls Athletic Park, making it just one of the two Miracle Leagues in the country to have a direct connection to minor league baseball.

Durham Bulls Vice President George Habel believes the new field will be the crown jewel of Miracle League fields across the country.

"We're taking the national pastime and, for these children, I think we're elevating it and turning it into something beyond baseball," Habel said.

Artist renderings show what almost looks like a mini-DBAP, complete with its own blue monster and bull.

Habel said there will be opportunities for players on the Bulls roster to interact with players in the Miracle league.

"It's just a great marriage," he said.

The children won't be the only ones to benefit from the baseball field. It will be built on land owned by Durham Housing Authority, right next door to a senior citizen public housing complex.

Supporters call the field a win-win, ensuring everyone can enjoy America's favorite pastime.

"I think it's not just a gift to the kids and families but to the community," parent Michelle Hartman said.

The Durham Bulls and WRAL's parent company, Capitol Broadcasting, are partners in the project. Construction starts early next year and they'll be playing ball on the field next fall.