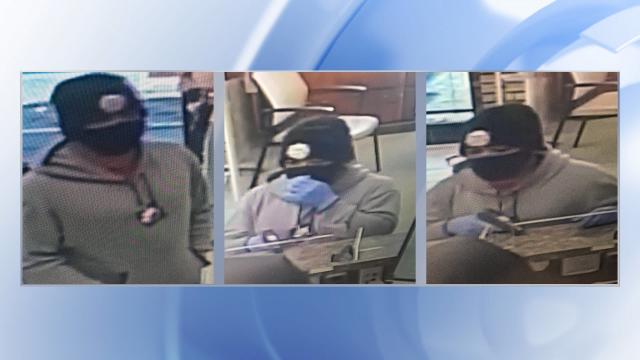 Durham, N.C. — Durham police released surveillance images Monday afternoon that they hope will lead them to the man who robbed a M&F bank branch that morning.

Police said the man demanded money and showed a handgun around 10 a.m. at the branch in the 2700 block of Durham-Chapel Hill Blvd.

He is described as a light-skinned Black man, 5 feet 8 inches tall, wearing a gray Nike hoodie with the words "Air Jordan" on the back. The man was wearing a mask and hat during the robbery, but witnesses said he had freckles.