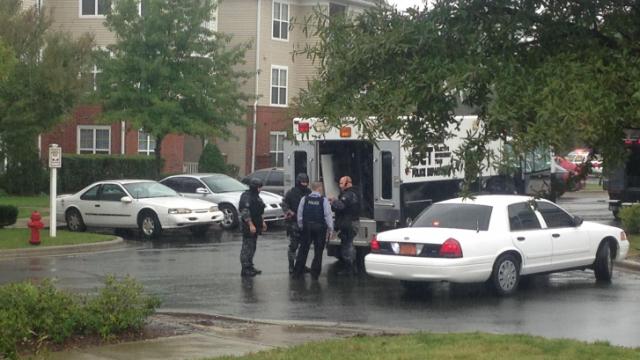 Police evacuated several units at Magnolia Pointe Apartments on Danube Road around 10:30 a.m. after the relative of a tenant did not have permission to be there and refused to leave, authorities said.

When officers arrived, authorities said, they found the glass-patio door broken and the man inside, saying he had a gun.

He later said he didn't have a gun, police said, but a negotiating team was brought on scene to "err on the side of caution."

Police said the man had not made any threats.

Officers entered the apartment around 12:30 p.m. after throwing flash bangs inside.

Authorities haven't identified the man or said whether he faces charges. Also unclear is why he was at the apartment.