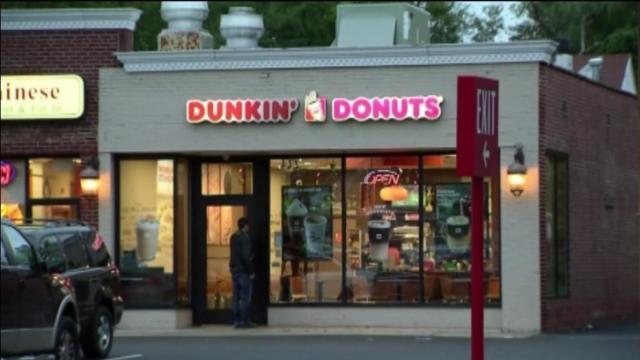 An employee at a Connecticut Dunkin Donuts is facing backlash after reportedly telling a police officer, "We don't serve cops here."

According to reports, the officer went into the West Hartford shop Saturday morning and stood in line. Authorities say the female employee looked at the officer and stated loudly, "We don't serve cops here."

When the officer turned to leave, he was approached by the manager and the employee, who apologized.

The officer suggested the employee also apologize to other patrons who were offended by the comment. All three then returned to the store where the employee did apologize, saying it was a joke.

The employee offered the officer free coffee. He declined.

Those who live in the area say the worker went too far.

"It's disrespectful, I think, to someone who's willing to put on a uniform and a gun and try to protect me and my town and keep it safe," one patron said.

After the incident was reported, Dunkin' Donuts put out this statement:

"We are aware of the situation at the Dunkin' Donuts at 1234 Farmington Ave. in West Hartford. The crew member exhibited poor judgment and apologized immediately to the police officer. The franchise owner, a long-time supporter of local police, has also reached out to apologize on behalf of the restaurant. Dunkin' Donuts and our franchisees share a commitment to the well-being and fair treatment of all guests."