Durham, N.C. — Duke students marched across campus on Monday to deliver a petition to university leaders, calling on them to make one thing clear - students who engage in racist hate speech will be punished.

The movement comes after two racially-charged incidents on campus in the last week.

"When black students are under attack, what do we do? Stand up and fight back," students chanted while marching.

The students are calling on university leaders to create a hate and bias policy, one that will outline punishment for students who engage in hate speech.

"It's the reassurance that we know that our institution stands behind us when we become victims of racism and hate speech on this campus because, at the moment, it very much feels like we are on our own," said student organizer Mumbi Kanyogo.

Kanyogo said the petition was launched after a students posted a picture on Snapchat with the "N" word. The next day, Duke sophomore Cara Kim found "N*****-lover” written in small letter on her dorm room door. 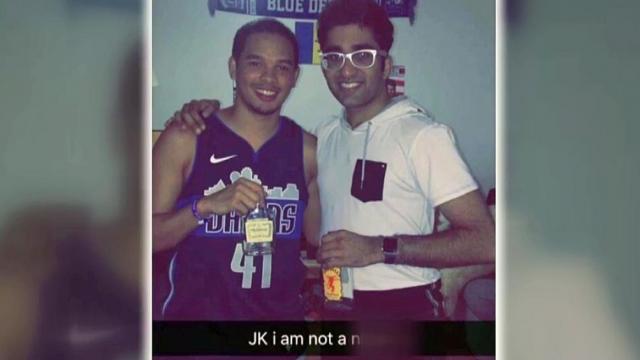 "It's not about me being angry that it happened to me. It's about me being upset that it'll continue to happen without certain actions being taken by the university," Kim said. "This is just a reminder of the deep-rooted racism that still exists on this campus and through its students."

Duke Vice President for Student Affairs Larry Moneta said in a tweet that "freedom of expression protects the oppressed far more than the oppressors."

The petition that was delivered on Monday had 700 signatures. The group says the university has until May 4 to respond.

Officials with Duke did not want to provide a comment.