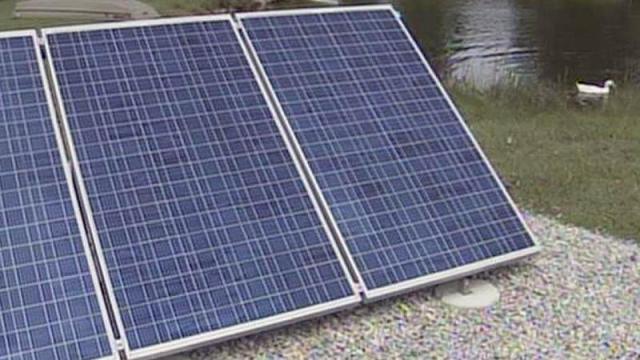 Raleigh, N.C. — Negotiators for Duke Energy and solar energy companies have resolved a behind-the-scenes battle that threatened a number of solar projects in the state.

A difference in interpreting House Bill 589, key energy legislation passed last year and better known for its 18-month moratorium on wind farms than its language on solar energy, left dozens of solar projects in danger of never attaching to Duke's electric grid. Criteria that the company applied after the bill passed would have "eliminated a large number of renewable energy projects well underway," according to the North Carolina Clean Energy Business Alliance.

"Although the solar industry and Duke Energy worked closely together on the passage of the bill, a significant dispute arose after its passage," NCCEBA Executive Director Chris Carmody said in a statement.

Gov. Roy Cooper's office helped bring the two sides to the negotiating table, eventually defusing what could have become a long-running lawsuit, Carmody said. The back-and-forth lasted months and wrapped up Friday with a signed 74-page settlement agreement filed with the North Carolina Utilities Commission.

Rep. John Szoka, R-Cumberland, who sponsored House Bill 589, said he was glad to see all sides work together "even in spite of negotiations getting tough." The bill's technical nature led to a disagreement over which solar projects would be grandfathered under older terms and which ones would be subject to a bidding process laid out in the bill.

"They wanted the old rates and terms because they were more advantageous," Duke spokesman Randy Wheeless said. "We felt we were overpaying for that solar, or at least our customers were."

Carmody said that, after House Bill 589 passed, Duke repeatedly came up with new barriers for projects even though the bill was meant to encourage solar growth. The two sides negotiated not just with each other but with the state's Public Staff, which represents consumers before the Utilities Commission.

Szoka said Duke's interpretation of the bill was at issue, and that technical legislation often produces disagreements as the logistics of implementation play out.

"As you go into rule making, most bills have issues," he said. "Certainly, anything as technical as energy does. ... I'm glad to see that everybody's working to implement 589 as it was intended."

The Governor's Office said it was glad to see the issue resolved.

"Expanding production of renewable energy like solar is important for our state’s environment and economy," Cooper spokesman Ford Porter said in an email. "Gov. Cooper wants to steer North Carolina toward being 100% powered by renewables, and getting more solar projects online is a critical step in the right direction."

Cooper has taken flack this week, though, because his administration permitted the Atlantic Coast Pipeline in a decision announced last Friday. That project will bring a natural gas pipeline through eight eastern counties, which advocates argue will slow the transition to solar power and other renewable energy sources.