Durham, N.C. — Duke University's Canine Cognition Center and Canine Companions for Independence are working on a research project that could help predict early on which puppies are more likely to succeed as assistance dogs.

Canine Companions for Independence provides dogs - free of charge - to disabled adults, children and veterans. The hope is, the research will get more dogs to people who need them. 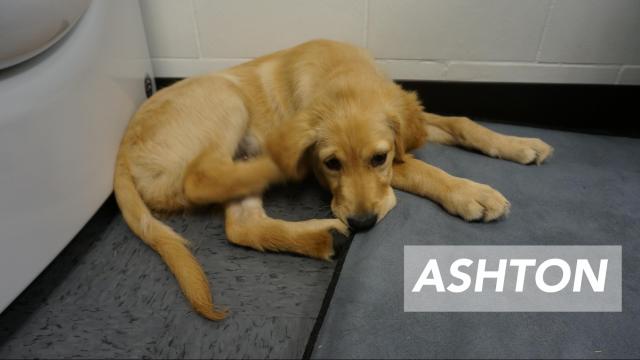 Hannah Salomons, a Duke graduate student, is one of the center's volunteers.

Salomons' job involved running the puppies through seemingly simple tasks to help figure out what traits might signal success as an assistance dog.

CCI's breeding and training programs are a tremendous investment of time, energy, and money, so knowing early whether or not a puppy may be successful is important.

Brian Hare founded Duke's Canine Cognition Center and leads the research. The goal is to improve the graduation rate.

"A lot of dogs that go through assistance dog training, they don't pass," he said. "What we're testing with the puppies is their ability to read human social cues and when they start to develop that ability."

The puppies arrive at Duke at just 8 weeks old and stay until they are about 6 months.

According to Hare, this is the period of time when dogs have rapid brain growth and when researchers might be able to assess which puppies have what it takes to graduate. 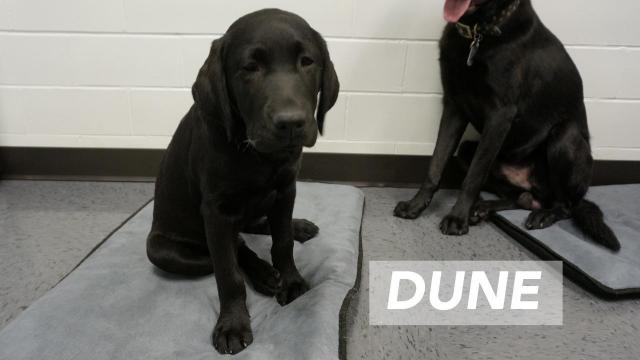 One thing that researchers look for, Salomons said, is "how bold they are about investigating new objects or people that they don't know. That's significant because they're going to have to interact in the world, and there are always going to be things that maybe they've never seen before."

And while it seems counterintuitive, the center's previous research of older CCI dogs shows those most successful at helping humans look to humans for help through eye contact and cues.

"The ones that are looking to people will be really good dogs because they'll be able to see what problem needs to be solved," Salomons said. "(They) look to the person for how they need help, and the person can give them cues of what kind of help that they are looking for."

When the research is done, Hare hopes to know whether it will be best for CCI to just focus on puppies that demonstrate the best traits, or change training to improve the program's overall success.

Hare hopes to find out, "Is there something we can do, while we're socializing dogs, that will make them more likely to succeed?

“So instead of half of them graduating from the program, that all of them graduate ... so more people have the help that they need from these dogs that do so much."

By "socializing" Hare means exposing the dogs to different people, places, sights and sounds, and training them to be well mannered in public.

That job starts with volunteer puppy raisers, which CCI and Duke will rely on to take over the puppies.

"What we really need is people in the community to volunteer to be puppy raisers," he said.