Progress Energy shareholders later approved the merger with some 95 percent voting in favor.

“Most votes had been cast in electronic balloting in the last several weeks, with some shareholders voting at the meeting today,” Progress said in a statement. 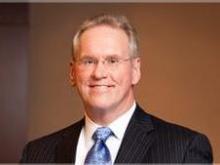 Duke’s shareholders voted more than 90 percent in favor of the deal, Duke said in an announcement.

Progress shareholders will see their stock converted to 2.6125 shares of Duke stock following a reverse 3-for-1 split of Duke shares that was approved Tuesday.

"Progress Energy and Duke Energy have rich, century-long traditions of success as independent companies," said Bill Johnson, Progress Energy chairman and chief executive officer. He will serve as CEO of the merged company.

"Our shareholders agree that combining them will make for an even stronger company - one equipped to meet the significant energy challenges ahead with enhanced value to our shareholders while meeting our customers' needs reliably, affordably and in an environmentally sound manner, he added."

Shareholders also approved a reverse 3-for-1 stock split in order to reduce the number of available Duke shares. The stock split would be part of the merger closing.

“Our shareholders have voiced their strong support for the merger between these two companies,” said Jim Rogers, chairman, president and chief executive officer of Duke Energy. “The merger will increase our ability to more economically modernize our generation fleet and grid while providing significant savings to customers through improved fuel purchasing power and greater plant dispatch efficiency.” 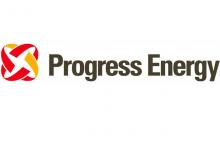 If the merger goes through, Progress-Duke would become the nation’s largest utility with more than 7 million customers across the Carolinas, Florida, Indiana, Kentucky and Ohio.

Based on stock value, the combined company would be worth well over $35 billion, based on Dec. 31, 2010 stock prices.

Rogers will serve as executive chairman of the combined company.

Corporate headquarters will be in Charlotte, but Progress has said a “substantial” operation will remain in Raleigh.

The combined board of the “new” Duke Energy will include 18 members, 11 as designated by Duke and seven by Progress.