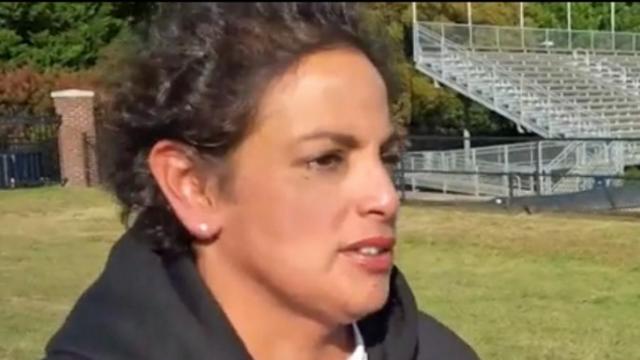 A day before Pulmonary Hypertension Awareness Month begins, a survivor of the deadly disease reached a major milestone.

On Saturday morning, Diane Ramirez, joined by her Duke Medicine team, completed a 75-mile walk to raise awareness and funding for pulmonary hypertension.

“It still gets misdiagnosed. A lot of people walk around thinking they have asthma or their breathing problems might be because they’re a little overweight, or they think they have anxiety issues and it turns out it’s a really serious lung and heart disease.” said Ramirez.

When Ramirez, 52, was diagnosed with pulmonary hypertension 28 years ago, doctors told her to get her affairs in order. Saturday, she finished a planned 30-day walk, six days ahead of schedule, to bring more awareness to the disease.

For the final two miles of the walk, Ramirez was joined by her doctor and nurse as well as the new director of Duke’s pulmonary unit.

Pulmonary hypertension is high blood pressure in the arteries of the lungs and can lead to death from heart failure. Symptoms include shortness of breath and chest pain, leading to frequent misdiagnosis. The average survival time for a pulmonary hypertension patient is less than three years, simply because too many people with the disease don’t know they have it until the disease progresses.

Ramirez hopes her walk, which began in Thomasville, will bring awareness to the disease and help raise money for the Pulmonary Hypertension Association’s new patient registry, which will help researchers find a cure.