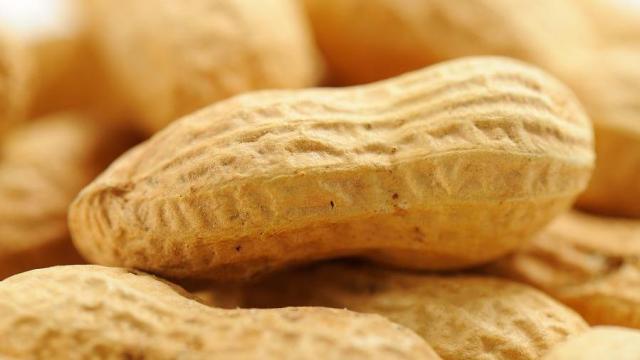 A peanut solution given under the tongue can desensitize a child's deadly peanut allergies, but further testing will be needed to determine if it may permanently eliminate their reactions to the foods, according to researchers from Duke University Medical Center.

In a double-blind, placebo-controlled study, Duke researchers built up tolerance to the allergen in 11 children with a year of small but escalating daily doses of peanut. The therapy allowed the children to tolerate 20 times more peanut protein.

These protocols were done in a clinical setting with close observation and emergency resources close at hand.

“A treatment like this means that some families won’t need to be as concerned about their children taking a bite of something that has peanut in it and could cause a life-threatening reaction,” said Wesley Burks, MD, chief of the Division of Pediatric Allergy and Immunology at Duke and senior author of the study. “It would really provide them a margin of safety.”

This form of therapy, called sublingual immunotherapy, is different from Burks’ previously published research on oral immunotherapy, which involves eating milligrams to grams of peanuts in the form of flour mixed in another food, such as applesauce. That research continues to help kids tolerate peanuts without reactions, and Burks is looking at how the therapy may help resolve their allergies.

Burks’ new research builds on a therapy that has been helpful to people with allergic rhinitis and asthma, but has not been studied extensively as a therapy for food allergy.

More than three million Americans have peanut or tree nut allergies and fewer than 20 percent will outgrow the allergy without therapy. Currently, there is no treatment for the disease. Once a diagnosis is made, physicians have to try to help the family avoid the food, which is not a perfect plan because accidental exposure can still happen.

That is one reason Burks and his team are trying to develop a new, successful therapy for peanut allergy sufferers.

“Ideally we want to eliminate the allergy,” Burks said. “But, we are not there yet.”

The study included 18 children who completed 12 months of dosing. One group (11 children) received the liquid peanut concentration, which was held under the tongue for one or two minutes and then swallowed.

The other group of seven children received the placebo. The dose started at 0.25 micrograms of peanut protein administered in clinic and was increased biweekly by 25 to 100 percent until 2,000 micrograms was reached. In the time between the biweekly doses in the clinic, the children took daily doses of the previously administered dose at home. The 2,000 microgram dose was continued for six months.

After a year of dosing, the children on treatment tolerated significantly more peanuts when they were challenged. They tolerated the equivalent of six to seven peanuts compared to those that received placebo and tolerated less than one peanut.

“We were able to raise the threshold for the amount of peanuts these kids could tolerate,” Burks said. “But, we are not ready to take this approach to clinical practice,” he cautioned. “It’s not a long-term cure. That part of the process is still being studied now.”

Find more information about allergy research at Duke and Dr. Burks, click here. And click here to find out more about a local group for families with kids who have food allergies.