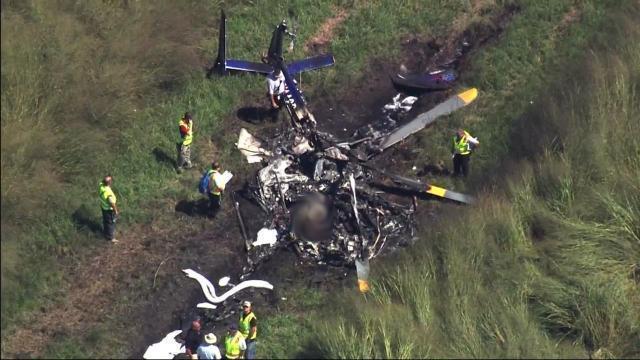 Durham, N.C. — The families of two people killed in a Duke Life Flight crash in September have filed a lawsuit, claiming the helicopter’s manufacturer knew there was a risk of engine fires and that the pilot was at fault for not following emergency procedures.

The helicopter, which was based at Johnston Regional Airport in Smithfield, was en route to Duke University Hospital on Sept. 8 when it went down.

The lawsuit filed Monday by Bartlett’s husband and Harrison’s wife claims the cause of the crash was a failure of the No. 2 engine and that witnesses to the crash reported seeing smoke trailing behind the helicopter before it went down.

“All evidence points to a blocked engine drain line,” said Gary Robb, the attorney representing the families. “That blockage will lead to an engine fire and then complete shutdown of that engine. We believe that is exactly what happened in this crash.”

According to the lawsuit, an examination of the engine by the National Transportation Safety Board determined the engine’s rear turbine shaft showed discoloration consistent with overheating and that bearing roller pins were worn down.

The manufacturer of the helicopter’s engines- identified in the lawsuit as Safran Helicopter Engines- should have been aware of potential for engine failure after the Federal Aviation Administration issued a bulletin about another incident involving an engine problem on the same model helicopter that occurred on Jan. 26 in South Dakota, the lawsuit states.

“The engine and aircraft manufacturers knew at least since January 2017 how extremely dangerous this potential engine fire and failure situation was, yet they sat on their hands and did nothing,” Robb said.

The lawsuit also claims Burke was at fault in the crash for failure to perform proper emergency procedures when faced with the engine failure. Family members claim that he “did not continue in forward flight and failed to execute autorotation landing maneuver, which would have safety landed the helicopter.”