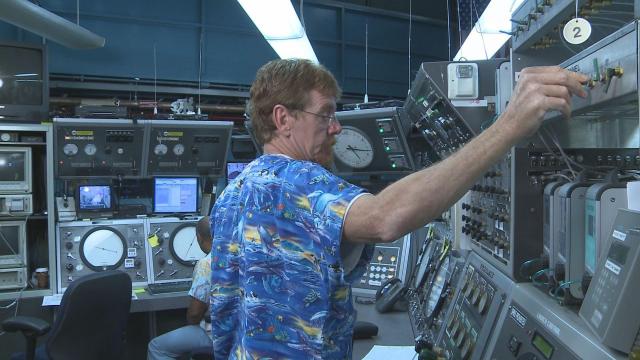 Two children from western North Carolina died earlier this week from carbon monoxide emitted from a generator. Their mother remains in the hospital, struggling to recover from inhaling the toxic gas.

Surry County authorities said the woman was transferred to Duke Hospital. Duke would not confirm she was a patient there, but the hospital does specialize in hyperbaric oxygen treatment for carbon monoxide poisoning.

“Carbon monoxide is a gas that is produced by incomplete combustion,” Moon said. “So it's produced by fire, charcoal grills, gasoline engines.”

When that combustion occurs in closed spaces with people present, at low levels, it can cause headache, nausea and vomiting. At higher levels, it causes loss of consciousness and death.

It's common in warm or even cold weather for people to be sitting or even sleeping in a car with the windows up. That can be a fatal mistake.

“The exhaust can be held locally around the car, and the air intake for the heater picks it up and brings it into the car, so that's a real no-no,” Moon said.

He says hyperbaric oxygen therapy increases pressure to three times the level in the atmosphere.

“The pressure of oxygen is actually about 15 times the oxygen that we're breathing now - that really gets rid of the carbon monoxide very quickly,” Moon said.

He says the treatment can help poisoned patients recover quickly, but only if they're removed from the toxic environment before the gas kills them.

Carbon monoxide is tasteless, odorless and colorless, so people should be extra careful around engines, grills and fires. Homeowners should make sure they have a carbon monoxide monitor installed in their home, as well as the garage. And never leave the car idling inside there.